City Palace Udaipur is a palace complex situated in Udaipur, Rajasthan, India. Built on the banks of lake Pichola, the city palace in Udaipur has a series of palaces built at different periods from 1559. It was built over a period of 400 years starting from Maharana Uday Singh II.

The construction of the palace by Maharana Uday Singh II was started in 1553. The entire palace is built in granite and marble. The interiors of the palace have delicate mirror work, wall paintings, murals, inlay work, silver work with balconies, cuplas truly makes it one of the must visit places in Udaipur. 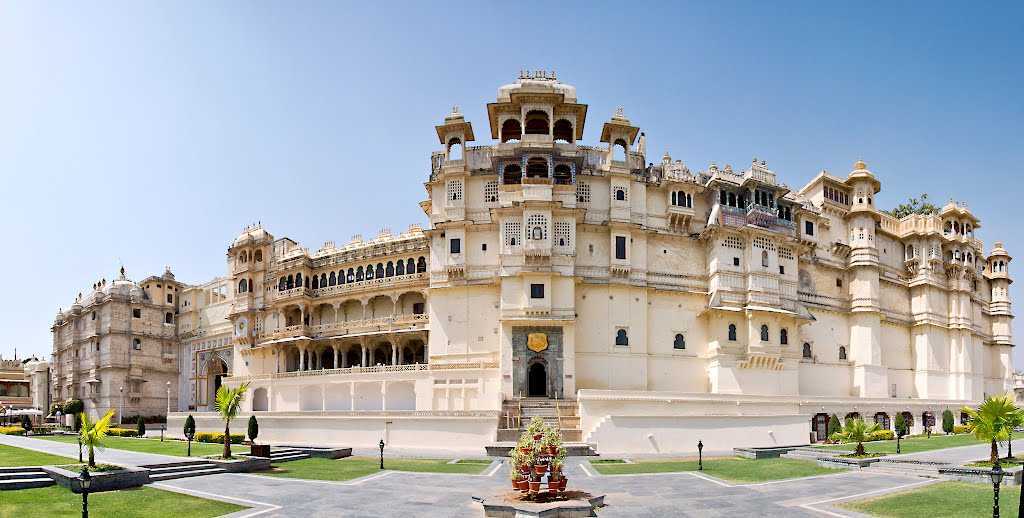 Udaipur is easily accessible through road, rail and air.

Udaipur has a tropical climate. The best time to visit the city is from September to March. Udaipur has moderate climate as compared to other places in Rajasthan in spite of the Thar desert. 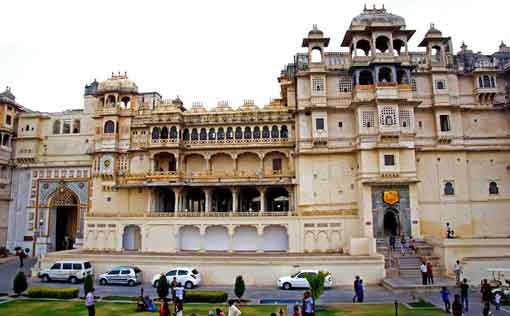 Winter Season: It is from November to March. It is the best period to visit the city. The maximum temperature hovers around 30 degree celsius with nights staying pleasant and cool. During the months of December and January the minimum temperature may fall to as low as 5-6 degree celsius. It is good to keep light woolen clothes.

Monsoon Season: July to September are the monsoon months. The city receives scanty rains but it becomes very humid during this period.

The city palace is an example of beauty and splendour which the rulers for Mewar enjoyed. Maharana Uday Singh II started the construction of City Palace in 1559. It took almost 400 years to complete the palace. Succeeding rulers made contributions for the completion of the palace.

The history of the city palace goes back to the date when Maharana Uday Singh started establishing Udaipur. By the 8th century the capital of the Mewar dynasty moved to Chittor from where they ruled for nearly 800 years. By 1537, Maharana Uday Singh II took control over the Mewar Kingdom at Chittor.

But the problem was they were under constant threat from Mughals over losing the Kingdom. Hence Maharana Uday SIngh II decided to change the capital from Chittor to a place near the lake Pichola.  Then started the construction of Udaipur city.

Rai Angan was the first royal structure built within the palace complex where the hermit had advised Maharana to build his new capital to protect the citizens from Mughal invasions. The construction of the palace which started in 1559 took over 400 years and many rulers to complete the palace. 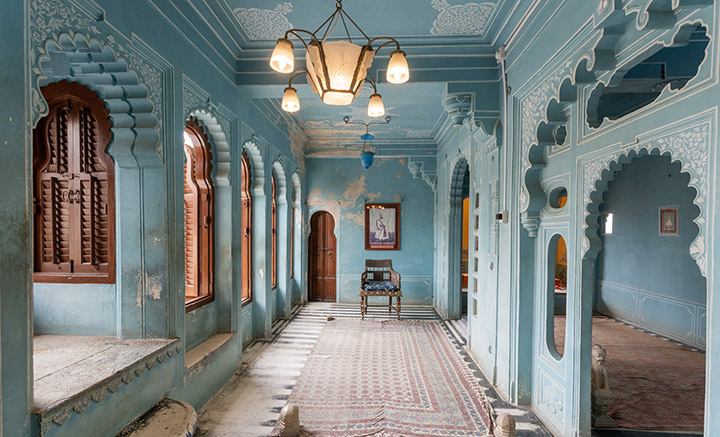 After the death of Maharana Uday Singh II , his son Maharana Pratap succeeded his father but unfortunately Maharana Pratap was defeated by Akbar in the famous Battle of Haldighati.

The increasing threat from Marathas and Mughals made Udaipur very vulnerable for attack. This forced Maharana Bhim Singh to sign a treaty with the British in 1818 accepting their protection against other empires.

The city palace in Udaipur is considered as one of the largest palaces in Rajasthan. Built in Rajput architecture, the palace has eleven small palaces within the complex. The speciality of this palace is it is similar in design even though it was built for over 400 years by different rulers. The entire complex is built in granite and marble.

The  city palace Udaipur has various domes, arches, towers, cuplas with intricate mirror work, marble work, murals, wall paintings, silver work and colored glasses. One can see a beautiful view of the lake and Udaipur city from the complex.

The city palace Udaipur has several gates known as Pols. Bara Pol is the main gate to the palace complex which goes to the first courtyard of the palace. Then comes the triple arched gate. Between these two gates one can see eight marble arches or toranas.  Beside this there is elephant gate or the Hathi gate. The palaces within the complex are interlinked with zigzag corridors.

Different structures within the complex 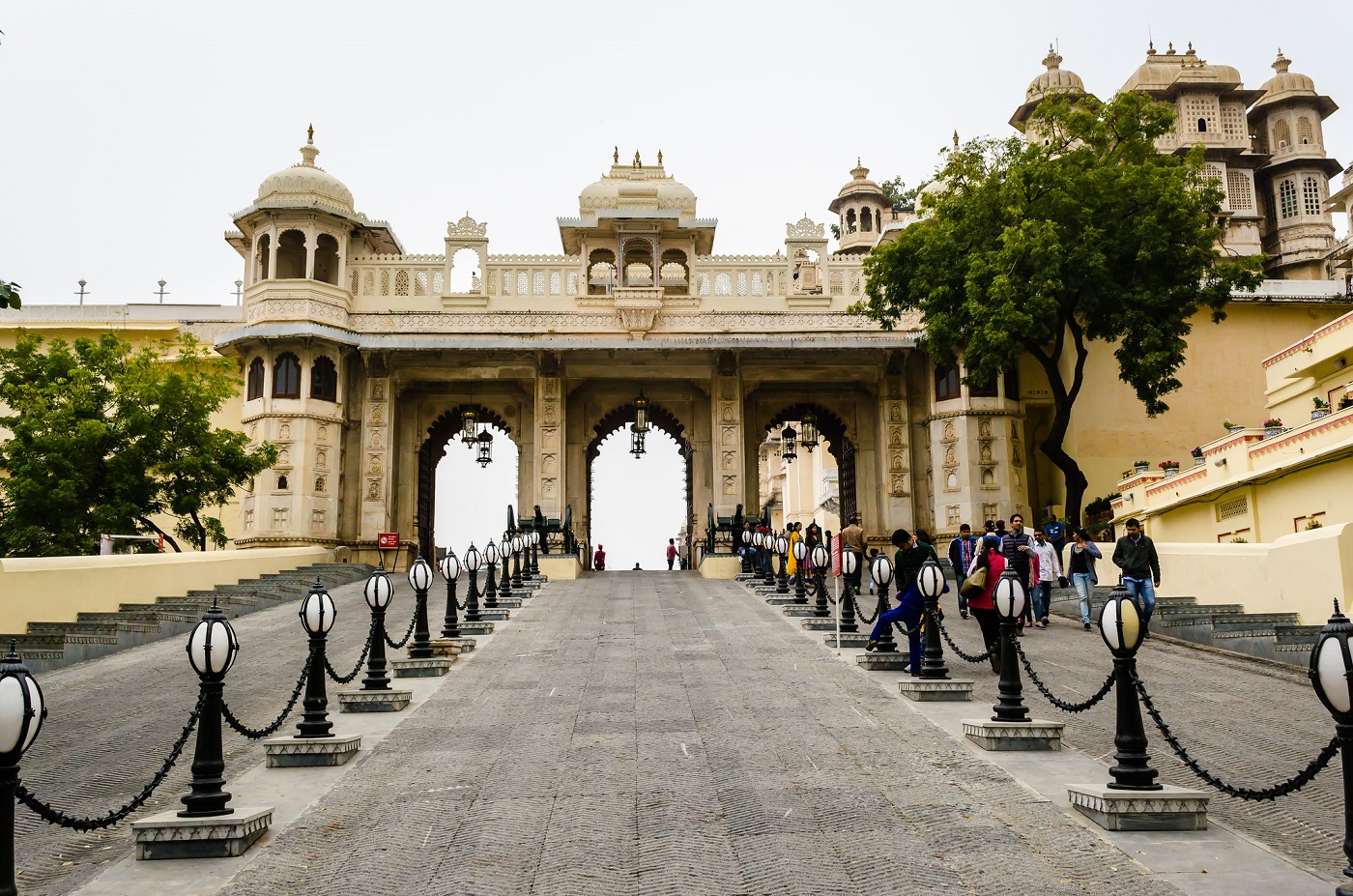 Gateways: Also known as Pols the city palace Udaipur has a number of gateways. The main entrance to the complex is the Bara Pol. 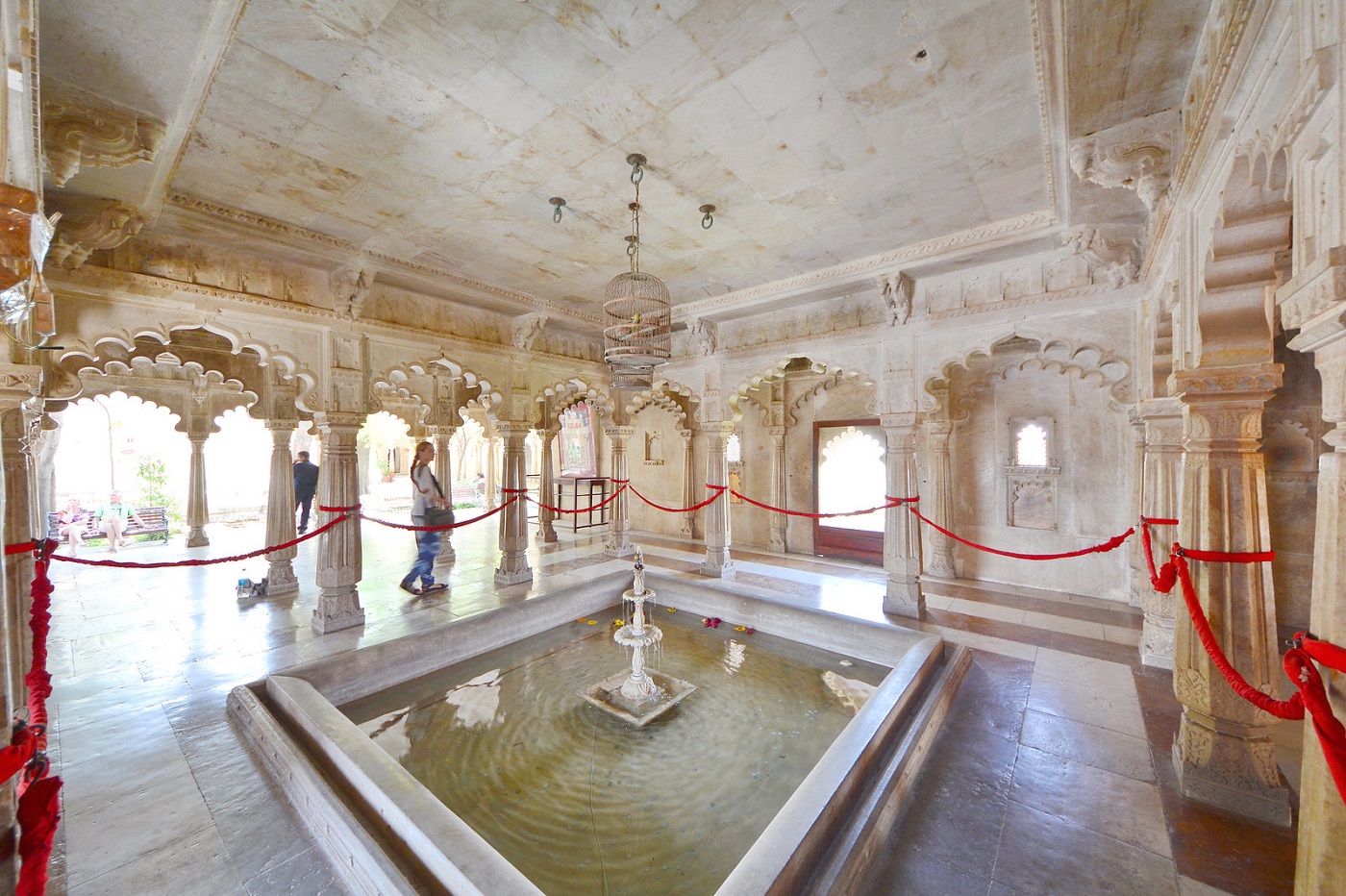 Badi Mahal: It is a wonderful garden palace standing tall on a 90 feet natural rock formation. There are miniature paintings in the adjacent hall along with wall paintings of the Jag Mandir and elephant fight scenes are also depicted.

Amar Vilas: It is the highest point in the palace and has hanging gardens with fountains, towers and terraces. Amar Vilas gives a splendid view of the Udaipur city and of Lake Pichola.

Durbar Hall: It was built in 1909 is the official place to hold meetings and banquets. It is located within Fateprakash palace.

Fateprakash Palace: It is converted into a luxury hotel now. It has chairs, dressing tables, jewel studded carpet, crockery which were ordered by Maharana Sajjan Singh in 1877. But he died before they arrived at the palace.

Mor Chowk there is an illustration of three peacocks which represents the seasons of summer, winter and monsoon. These peacocks were built during Maharana Sajjan Singh time. The peacocks are made with 5000 glass pieces with green, gold and blue colors.

City Palace Udaipur is a marvelous and huge palace which cannot just be explained in words. One must visit the palace and enjoy the picture of the palace. One can also visit Lake Pichola and Jagdish temple after visiting the Palace.

Read More about other Indian States